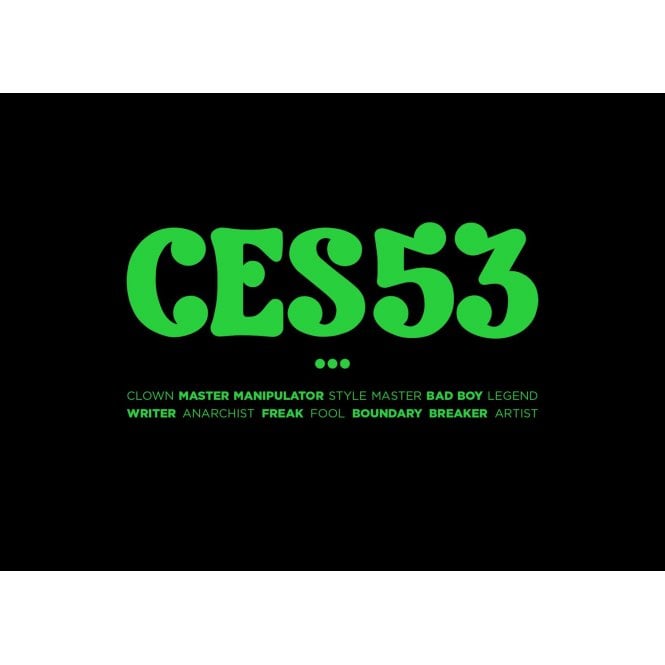 Drawings, paintings, sculptures, legal, illegal, shocking and beautiful. All compiled in a 400 page full colour, hard cover bound book. With nearly 2000 photos, this is probably the first graffiti writer showcasing such a large body of work in one publication.

He was also the first to paint a train in Belgium, to most non-Germans he is the one that put Berlin on the map as a graffiti playground.

He ignited train graffiti as a true believe, and inspired the notorious MSN crew, and many others in the Netherlands and the rest of Europe. Besides all the facts, Ces53 is true and original when it comes to authenticity and style; the shapes, the characters and colours.

His work from childhood until recent graffiti on trains is now available in a carefully designed book. With text contributions by Milk, Eras, Sento, Cat22 and many more.