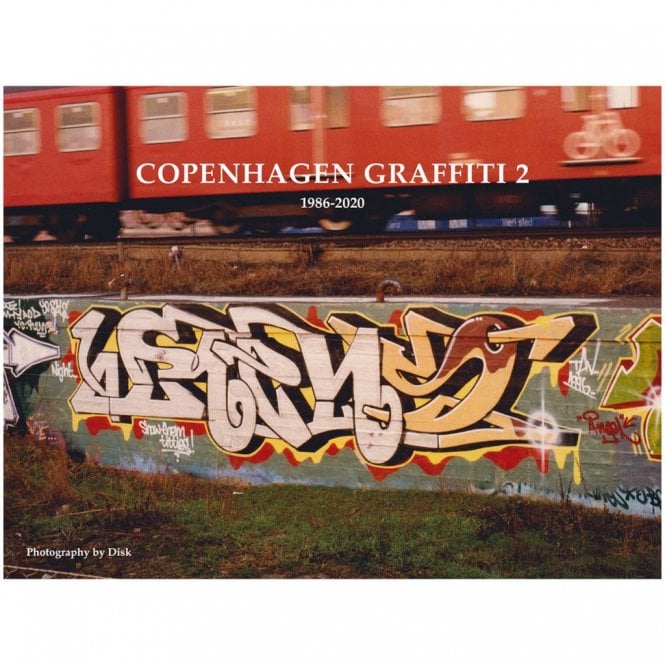 The sequel to Copenhagen Graffiti, which was released in 2016, and which at the time of writing has already been printed in four extra editions. In this second book, Disk has kept digging into its archives and supplemented with newer photos. All photos in the book were shot in analog and the book features a good mix of walls, trains, tags and throw-ups. 164 pages of Copenhagen graffiti documented from 1986 – 2020. The book feature a wide range of writers and crews including famous names like Rens, Sabe, Bates, Tomcat, Opel, Cres, Kegr, Cave, Week, Sek, Faze, Tabu (RIP), DIA, MOA, HM, WHAP, Same (RIP), AOD.