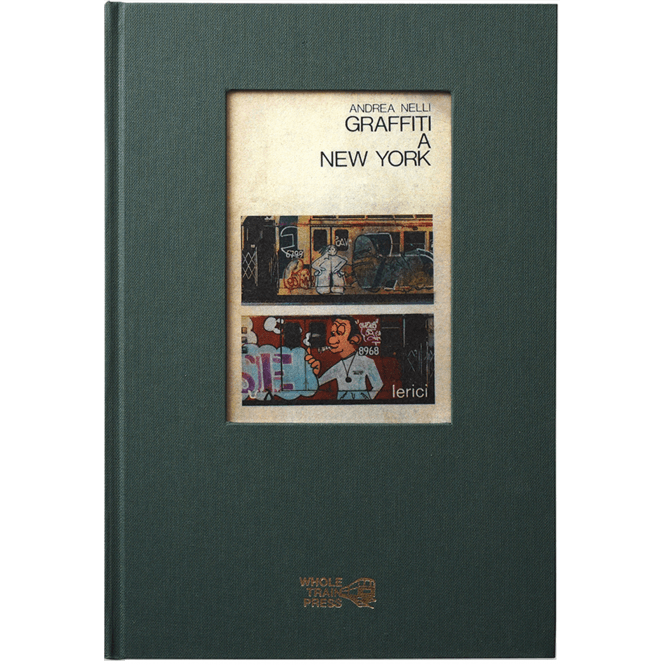 Andrea Nelli was in his twenties when he went to New York for the first time. He saw BIG-O 116, EVIL ERF 14, RAT FINK 131, SUPER KOOL 223 written on the walls. In the beginning he thought of them as strange ideograms but he was even more fascinated to find out that the inscriptions were actually names. He decided to archive this phenomenon by taking pictures and to make it the subject of the thesis for his degree on Literature. He got in touch with many cliques of writers that opened him the doors of New York.

Big names, as COCO 144, were his guide. Graffiti a New York by Andrea Nelli is the re-edition of one of first books about Graffiti Writing, published for the first time in 1978.

This book conserves the original text, precious and rare documents of an unthinkable research for that period. It contributes to the historical memory of Graffiti Writing with amazing pictures about the styles and the first tags of Manhattan Heights.

More than 100 pictures of Names and historical pieces photographed by Andrea Nelli accompany the text, true in the form and in the content.

Be the first to review Graffiti A New York. Write a review ›
Ask A Question
Email A Friend
Price Match
?
Molotow Coversall Water Based!
Pay Later With Klarna!
Top