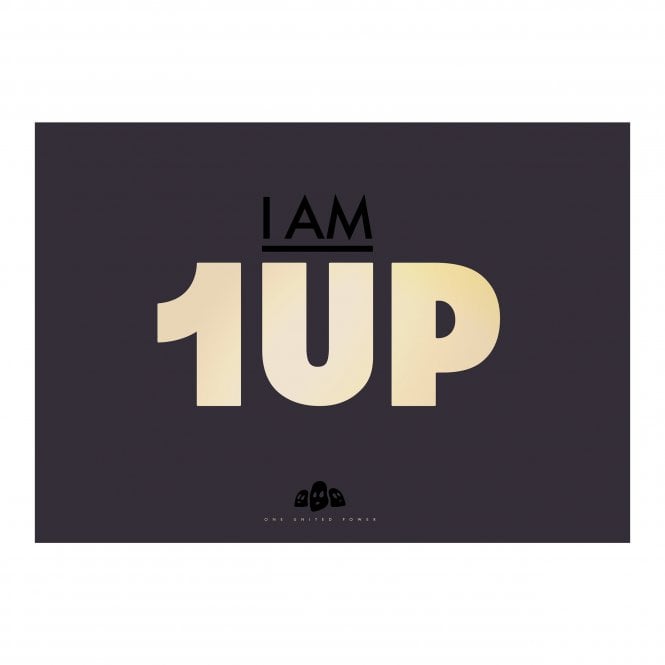 1UP I AM - Collectors Edition

I AM 1UP - Collectors Edition

The book I AM 1UP was first published in 2014 in an underground edition distributed by the artists themselves and was also published the following year by Publikat Publishing, thus making it accessible to a wider audience.

Both editions have been out of print for many years and are traded at high prices on portals like Ebay. Due to the existing demand, the title has now been reissued again and will come out in 2021 as a collector's edition with precious gold foil stamping on the cover. In addition, each book comes with a small artist print in size 21x15.

This add-on was produced on high-quality Munken Lynx Rough in heavy 300 gram quality and is also hand-signed by the 1UPs!

There are 5 different variants of the print, which of the prints is in the shrink-wrapped books you see only when unpacking. To the actual book or the group ONE UNITED POWER itself one must lose at this point probably no more, the Berlin writercrew from Berlin did many spectacular actions in recent years and have thereby internationally received a great media attention. And even away from train depots or rooftops, the guys have already taken a successful path towards the gallery and now enrich the urban art world in this area.

With this photo book you get an insight into their work from the years before 2014, as well as a small art print for your wall!

Be the first to review 1UP I AM - Collectors Edition. Write a review ›
Ask A Question
Email A Friend
Price Match
?
Christmas Gift Ideas
Pay Later With Klarna!
Top