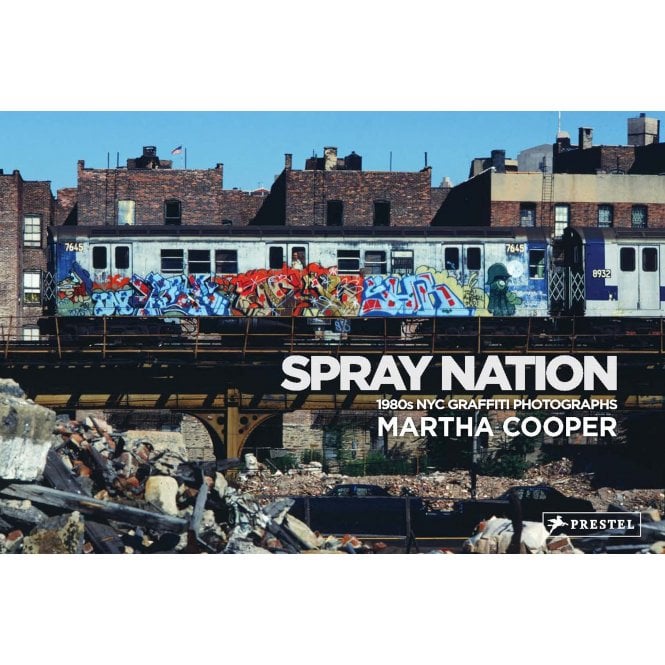 Code: SN1980s
Item is in Stock Item is out of Stock   |   • Usually dispatched within 24 hours
Loading...
Graff-City Loyalty Rewards

If you were a graffiti writer in 1980s New York City, you wanted Martha Cooper to document your work-and she probably did. Cooper has spent decades immortalizing art that is often overlooked, and usually illegal. Her first book, 1984's Subway Art (a collaboration with Henry Chalfant), is affectionately referred to by graffiti artists as the "bible". To create Spray Nation, Cooper and editor Roger Gastman pored through hundreds of thousands of 35mm Kodachrome slides, painstakingly selecting and digitizing them.

The photos range from obscure tags to portraits, action shots, walls, and painted subway cars. They are accompanied by heartfelt essays celebrating Cooper's drive, spirit, and singular vision. The images capture a gritty New York era that is gone forever. And although the original pieces (as well as many of their creators) have been lost, these powerful photos feel as immediate as a subway train thundering down the tracks.