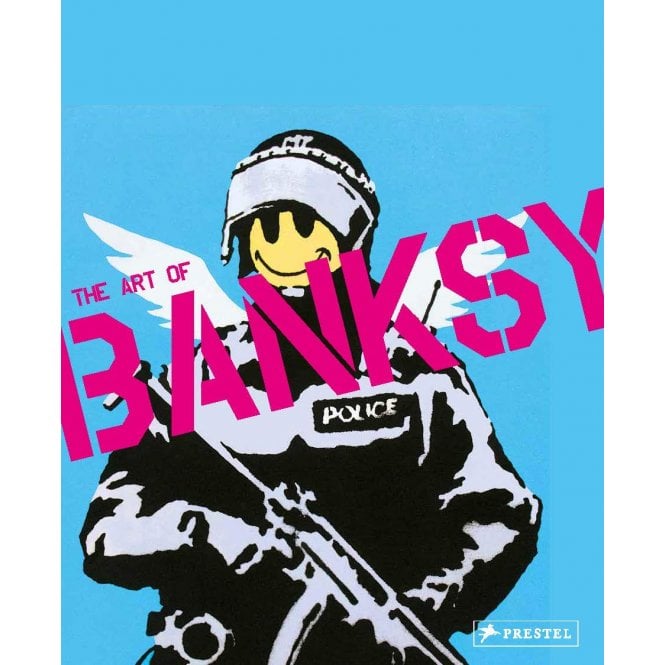 The Art of Banksy: A Visual Protest

This major new book on the art of Banksy spans the entire career of the world’s most famous anonymous street artist.

Decades before he blew the lid off the high-stakes art world by shredding a work immediately following its purchase at an auction, Banksy was committing acts of artistic protest on the streets, walls, and bridges of cities throughout the world.

We still don’t know who Banksy is, but thanks to this book we have a greater sense of how he works. This book features approximately eighty works from the start of his street art career to today, most photographed in situ and presented in vibrant illustrations. This book guides readers through Banksy’s artistic processes and explains his influences, such as the Situationist movement and the May 1968 uprising in Paris.

It delves into key works such as Love Is in the Air, a stencilled graffiti that subverts the idea of violent protest; Flag, in which the iconic American photograph at Iwo Jima is altered to reflect a group of Harlem children atop a burnt-out car; and the slyly titled Turf War, in which Winston Churchill sports a grassy Mohawk. The book also pays tribute to Banksy’s rats, a reviled symbol of urban decay that the artist reimagines as rappers, violin players, and painters.

As Banksy continues to challenge the political, economic, and racial oppression that takes place every day in cities around the world, this book offers a timely appreciation of just how the artist has embedded himself into the psyche of the powerful as well as the voiceless–without ever revealing his own identity.

Be the first to review The Art of Banksy: A Visual Protest. Write a review ›
Ask A Question
Email A Friend
Price Match
?
Molotow Coversall Water Based!
Pay Later With Klarna!
Top