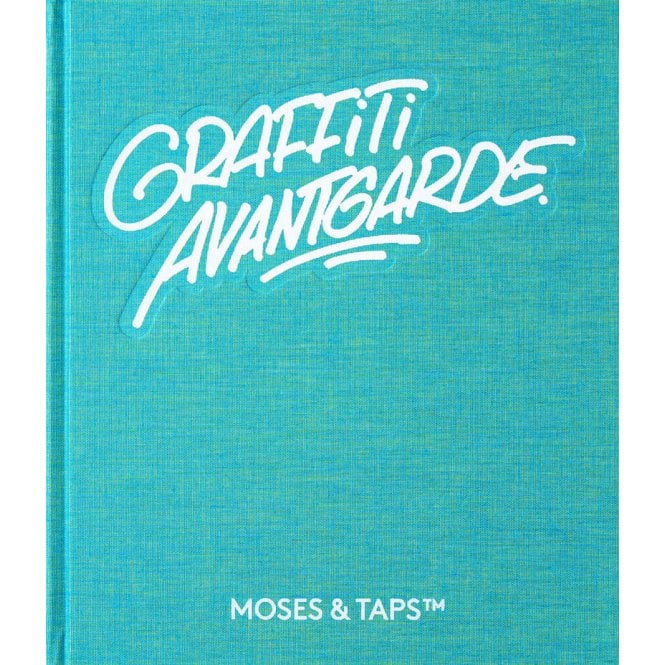 View Reviews (2)
Item is in Stock Item is out of Stock | • Usually dispatched within 24 hours
Loading...
Graff-City Loyalty Rewards

Nine years after their legendary book Topsprayer, which is out of print long-since and traded for hundreds of euros by now, MOSES & TAPS release a brick twice as thick: GRAFFITI AVANTGARDE is a heavyweight!

With 544 pages, more than 2000 photos in ten chapters as well as a variety of exciting and subtle texts, it gives a deep insight into MOSES & TAPS broad work as a graffiti artist since 2011. The book shows how they managed the balancing act between bombing trains and being accepted artists and explains why these two worlds are not mutually exclusive.

The monograph begins with an interview with MOSES & TAPS by the criminologist Ike, in which she explores the question of what actually constitutes the graffiti avant-garde, who it is, what goals it has and what it drives. The TOPSPRAYER chapter, in which MOSES & TAPS lead us through various stops on trains from Russia to the USA, is followed by the SPLASH chapter, in which you learn on which places you can leave colourful traces with spray cans without using a fat cap and letters.

Afterwards, the sceptre is handed over to ALIAS, whose professed 1001 trains in 999 days on 176 pages are rounded off by his stories and the action photos of Edward Nightingale.