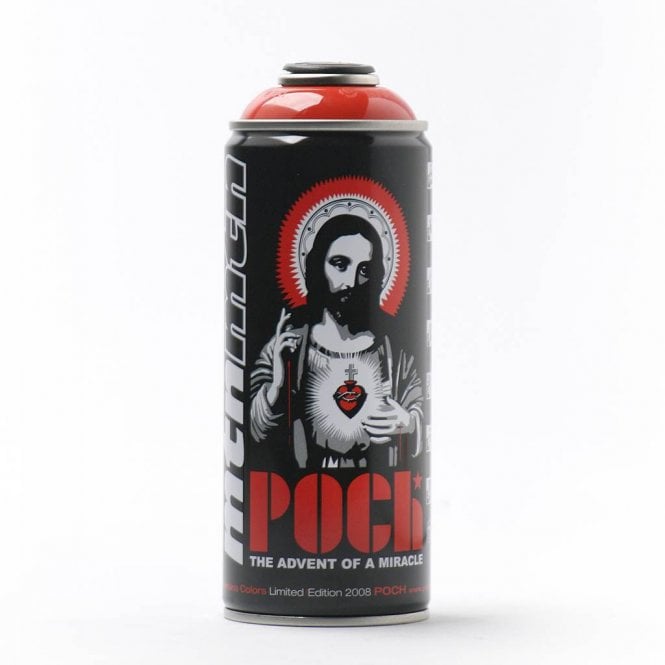 Patrice Poch began painting in the late 80's and soon linked his name to an advance of writers who marked the history of the French graffiti scene from Paris. Since the late 90s he has based his work on the development of collages, stencils, posters and logos influenced by themes surrounding sub-cultural movements such as the 60's Mod, the SKA or the Skinhead Reggae.

One of the hallmarks that have made it known throughout the world have been the representations of faces that refer to characters from the punk scene of the 80s. All these icons have influenced him since his youth, and He has been transmitting them to us through his work for 20 years.

As an example, this limited edition, one more sample of the strength of the symbols, of the iconographic, and the effect that this exerts when communicating.