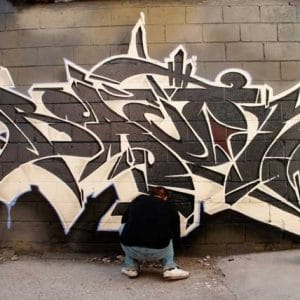 Can Control – The Basics

Learning where to start with Graffiti art As with any art form, nailing the basics will help you develop the building blocks needed to find your own style. Using spray paint is no different. You’ve got new tools, and you need to know how to use them.  The world of graffiti has a ton of options. But starting off you want to keep it simple. Getting to know your can options and cap options, will be a great help in pushing you forward. Different caps, produce different results, as will... Read More

Introducing the latest addition to the Posca range: Uni Posca PC-7M Paint Markers have the body of the 8K pen but with a brand new bullet tip! These handy markers produce a 4.5mm-5.5mm line and come in a range of 15 vibrant colours. The opaque water-based paint is quick drying and can be used on almost any surface including glass, metal, wood, ceramics, plastic and more. The Posca PC-7M is ideal for writing, drawing, painting and for large scale filling and shading, and is great for mural work.... Read More 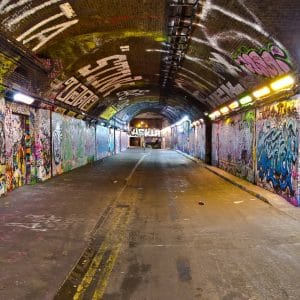 The History of Graffiti – Graffiti Comes to the UK

Graffiti Comes to the UK Of course, it didn’t take long for graffiti to migrate to the UK. In the late 1980s hip hop and electro music started to gain popularity, and with it came street art. By the 1990s spray paint was custom made, allowing writers to make their mark with even more elaborate art. One of the UK’s early crews was known as DryBreadZ Crew, and the most famous graffiti writers of all time, Banksy, started out as a member of the crew. Not only was spray paint... Read More

The History of Graffiti

If you thought graffiti was a modern phenomenon, think again. The word ‘Graffiti’ is derived from the Greek word ‘Graffein’, meaning to write, draw, or scratch, and the label came about long before the arrival of Cornbread in Philadelphia in the late 1960s. In fact, the term was first coined in 1851 when inscriptions were found scratched into the walls of the ruins of Pompeii. Modern Graffiti Graffiti, in its crudest form, was used by ‘hobos’ to communicate with each other when travelling the country on freight trains, looking for... Read More 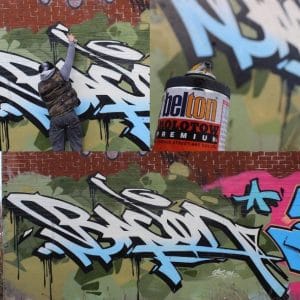 Always been a fan of Bacon’s handstyle inspired pieces. Here’s a selection of work from the Canadian writer.